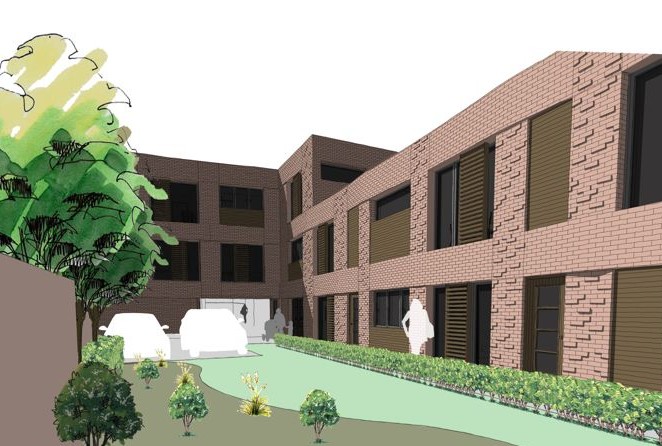 MVDC invited bids to conditionally purchase the site for the purpose of delivering a 100% affordable housing scheme, in conjunction with Brymor Construction Limited we came up with proposals for achieving nine units within the conservation zone.

Our proposed layout looks at pulling the new dwellings away from the rear residential windows of the existing properties facing onto North Street by providing a new landscaped buffer zone in-between them. The first floor has been designed to be stepped away from the amenity space of the houses on the Northern Boundary of the site, with an access stair being positioned on this gable so that no habitable rooms face onto these gardens. The third storey has also been stepped and condensed to the southern section of the proposal so that the proposed dwellings are further stepped away from the existing residential dwellings wrapping the Northern and Eastern boundaries.
The appearance of the proposals have taken on a contemporary approach, utilising traditional materials to create a distinct contrast to the traditional surrounding buildings but placed in a way that you would only gain glimpses from the existing street scene. This approach has been taken to avoid trying to mimic the ad-hoc traditional development sprawl and create a modern insertion that would create interest whilst still be hidden from the long-established traditional high-street. The precedent for this has been taken from the contemporary new dwelling located adjacent to the Western boundary. 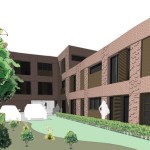